The petty tyranny of the condo board 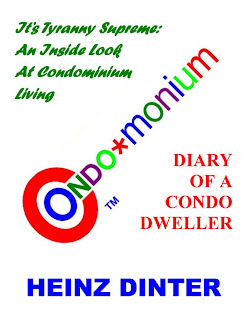 They’re not just an artifact of South Florida. They’re alive and well on the Monterey peninsula.

Driven by power and ego, these tyrants treat the condo complex as their personal fiefdom. They believe they have the power to do what they want whenever they want and to treat people any way they want.

M. is not much for multi-family living and I agree. It’s the condo boards. He says that when people have spent their lives as mid-level functionaries reporting to others, they tend to become petty tyrants when given a little bit of position.

A position on condo board is just that: a little position.

But these folks can make life very unpleasant for those not part of their clique.

I’ve had a run-in or two with my condo association. Such that the condo board, more than the bad investment, has made me regret buying my adorable little place in Pacific Grove.

I had to beg the board’s indulgence to rent out my unit, since renting is against the rules. It approved my hardship case last summer and allowed me to rent my unit “for a year,” which is up this summer. I have a responsible tenant in it, one who takes care of the place well.

But she has a kid. And in a complex of crotchety old, self- centered, power-hungry codgers, it’s not going over that well. As evidenced by a mountain out of a molehill situation that I only accidentally found out about.

My tenant is not going to sign on for another year (even if the board approves another year of my renting it out) because she doesn’t feel welcome there.

And I’m going to have to ask the board for another year’s indulgence so I can find a new tenant. 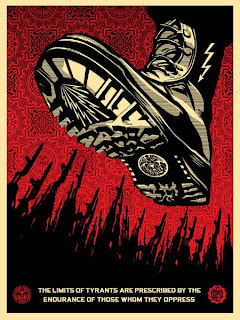 I am between a rock and a hard place. I’d love to express my outrage at the treatment of my tenant and her son. It’s ridiculous and immature. Petty tyranny at its worst.

But, I have to place myself on the board’s mercy this spring and some of its members already do not like me.

It’s a difficult situation for someone like me, who has an inherent sense of fairness and who believes in speaking out when that’s breached.

I’ve considered having coffee with the condo president, who’s a reasonable guy and like me, has been a part-time resident. And I still might. But I’ll have to think it through carefully.

I love that little unit. I think it’s the best one in the place. It kills me that we can’t live there. Ostensibly it’s because we have too many pets.

But it’s really because the neighbors are so toxic.

2 comments on “The petty tyranny of the condo board”