The Power of Owning It 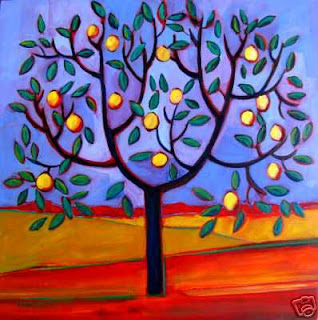 My trainer says he wants me to take Pilates less for the physical benefits and more to get me “out of my head.” That suggestion is apparently the companion to our Pilates teacher’s comment to “stay in your body.”

He’s right, of course, and his saying it was a gift. I stay in my head way too much. It’s a hard habit to break. I know why, too. It’s because the unknowns of the emotional realm can be scary. It’s much easier to place a logical framework on a situation and keep it analytical.

Doesn’t do much for relationships, though. So it’s important to keep it in check. But I’ve often gotten in trouble when I completely discard it in a relationship. When the preponderance of evidence mounts up and I’m still living in la-la land.

We all live in la-la land to some degree. It’s part of the fun of life. But it’s much better to take a long weekend there and return home to reality, than to spend years living there.

Take it from me.

So let’s talk about la-la land and how it relates to emotional maturity.

The subject of “man-children” comes up from time to time among women. What does that really mean?

Men of any age can be endearingly boyish, or incredibly immature. The trick is to know the difference. A bit of insecurity is human. A life built on it has a very shaky foundation, indeed.

I was thinking this morning about the psychology behind “saving face” and how it prevents people from taking responsibility for their own actions. How it becomes a real obstacle to a healthy life. Not to mention healthy relationships.

A healthy self image has to be rooted in honesty—honesty with oneself, really. Because if you don’t tell the truth to yourself, you can’t tell it to anyone else.

We all know people whose self-image is so fragile that their most primal drive is to protect it – at any cost. They leave a trail of destruction in their wake, but they can still maintain the little fictions they tell themselves. It’s their armor, and they think they can’t live without it.

For these people youth may have faded, but emotional immaturity stayed behind.

The price they pay for that is high. They’re incapable of having a truly intimate relationship and they often hurt others along the way. Oh, they don’t mean to. And they certainly don’t admit they cause pain;that would destroy their fictional image. But the net effect is destructive. So the price of being involved with an emotionally immature individual is also high.

Emotional maturity is what differentiates a grown woman from a girl. A boyishly charming man from an immature one

How do you recognize emotional immaturity?

Emotionally immature people demonstrate magical thinking: the belief that something will happen without any effort on their part. Its companion is denial and the two work hand-in-hand to create a fantasy world so the person never has to face reality. La-la land. The amount of energy that goes into creating this safe, but fictional, world can be surprising. Once you’ve seen it in action, you never forget it. And you shouldn’t.

They’re also unable to face guilt and take responsibility. We’re not perfect. We all make mistakes. When we try rationalize away our guilt, it stands in the way of growth. There’s incredible power in taking responsibility for mistakes, saying we’re sorry and making amends. Incredible power.

One way we avoid taking responsibility is by recreating the past. I know a number of women who have completely rewritten the history of their relationships so they can avoid guilt. The problem with those fictions is not just that others recognize them as face-saving fictions. It’s that they’re a lie. Lies are powerful. They lurk somewhere in the foundation of the relationship, like a weakened support beam.

Here’s a side-thought: Little lies count. They are also destructive. The small fictions we tell people in our lives, the ones that seem unimportant, that are simply image-managing, can damage trust. The assumption is this: “If she lied about something so small, she’d probably lie about this big thing, too.”

Hand in hand with avoiding responsibility goes the inability to forgive ourselves our failures. Oh, that we were all perfect. We’re not. It’s so important to forgive ourselves in order to move on. But sometimes that requires apologizing to people we’ve hurt. An apology is one of the most powerful, liberating things we can do for ourselves and the other person.

Yet, it’s so hard for some of us. So instead, we root ourselves in anger and self pity and hold on to them for dear life. Literally. Because our very survival requires it.

Or so we think.

A very long time ago I took some est seminars. Say what you will about est, but a few of the concepts I took away have stood the test of time. One was that we really do have to step up, own our stuff and close the loop with people. That we have to take responsibility for our actions. And communicate it. That once we’ve said everything there is to say to a person we’ve hurt or who’s hurt us, the only thing left to say is “I love you.”

I put this into action 20 years ago and it was absolutely true and incredibly empowering. My apology was as much, if not more, for me than for them. It was me acknowledging my role in what had happened. I had to forgive myself to forgive them. Like magic, over time, any leftover feelings of guilt or resentment disappeared.

And after that, all I really could do is love that person.

Emotionally immature people can’t tolerate anxiety and find it hard to put their feelings in perspective. This is so pervasive that the entire psychotherapy industry is built on it. Not to mention Big Pharma.

But we do have take responsibility for our actions. And that’s something worth thinking about.

Note: If you’re wondering where this is coming from, I’m writing the women’s workshops my partner and I are planning, and this came from that work.