The problem with polyamory 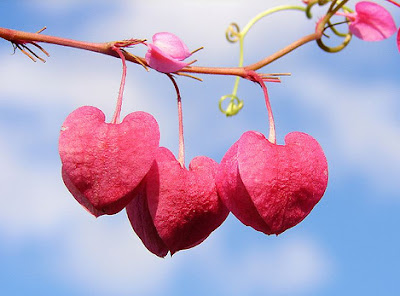 There’s someone for everyone in this life of ours, but polyamory offers more than one someone.  Polyamory proponents believe in having multiple, stable, committed relationships at the same time and a new TV program on Showtime purports to illustrate how this plays out in real life.

Because “poly,” as they call it, is not swinging or swapping. It’s a high-minded concept that’s all about relationship.  That’s what they say, anyway.

Having watched the show myself, I don’t think it went the way they intended. So let’s see how it actually unfolded, ok?

The cast of characters includes Michael and Kamala, who look to be in their late 30s, have been married for 10 years and together have a dozen other lovers, some together and some individually. {I can’t even imagine how they have time for this. I can’t even find time lately for dinner parties.}

They’ve invited another couple, Tahl and Jen, to move into their house and be part of their “pod.” {yes, they call themselves a pod. Are they whales? Or is this first grade? Are they in the “Blue Pod?”}

And that’s where the problems with this way of life –and the TV-show– become clear.

1. The characters are unlikeable. First, Kamala. She’s strung tight as a bow and comes off as controlling and hugely self-important. She chastises Jen for calling out to her husband across the yard, (too jarring, I guess) chastises (to the camera) a newbie couple for speaking out of turn during a “circle” that she wanted to run….and generally does her best to stay wildly in control of how her husband interacts with other women. My advice: Kamala, take a chill pill.

2. No matter what they say, it’s really all about the sex. Michael. for example. He just can’t hide the fact that he’s all about the sex. When Kamala sets up a “tea and chat” date for him and her girlfriend (lover) as his anniversary gift, he is less interested in the tea and the chat, and single-mindedly focused on the amount of physical contact Kamala will let him get away with. 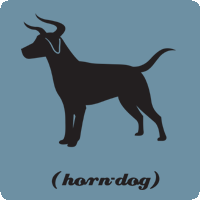 Yes, say what they will about these relationships, Michael is just another horn dog. Every time a new woman enters the scene, Michael is busy trying to find out what Kamala will let him do. Nothing new here, men have been this way since time immemorial.

3.  Jealousy is rampant.  Kamala set up this date as a “gift” to Michael, but she is overly-concerned with restricting their physical contact –the level of detail about how much Michael can touch his date was incredible. And then, Kamala was visibly nervous when he stayed out on his date longer than expected.

Turns out that Tahl, Jen’s husband, who is the other male in the pod, stepped out of the pod secretly to cheat with Cheri. Imagine: it’s not enough to have permission to sleep with a bunch of other women; he had to step out on THAT. Wow. Way to go, Tahl!

Jen becomes sullen and bent out of shape when Kamala and Tahl invite Cheri, “the other woman,” to a party celebrating the foursome’s moving in together. That green-eyed monster again. And Jen is decidedly ungracious about the bouquet of flowers Cheri gives her at the party. Seriously rude.  Again, nothing new here–women do not like to share their men. What’s different is that these “evolved” couples are supposed to be “handling” their emotions. They aren’t jealous. Because they are polyamorous.

4. The camera doesn’t lie. It’s obvious that these relationships aren’t as high-minded as the couples want us to believe.  The flaws can’t help but leak out around the edges. {But it’s the only thing that makes the show interesting–the emperor has no clothes! Figuratively and literally.}

5. Living together is hard for two people, impossible with four. By the time the party date comes around, it’s obvious that the pod is disintegrating.  Kamala’s overly-controlling ways are getting to Jen, who doesn’t feel as if their home is her home –and she’s none too nice about it. In fact, she’s bitchy.

“What do you need to make this feel like your home?” Kamala asks Jen, as she strokes her arm.  Jen doesn’t say the obvious: she needs Kamala to take a chill pill.

6.  It’s all about the sex.  Kamala decides that the way to handle the problem is to have sex with Jen. Which is good, because it’s pretty clear that Jen doesn’t like having sex with her husband. Or maybe any man at all. That’s broadly hinted at. And then there’s the obligatory Showtime girl-on-girl sex scene.

Meanwhile, back at the party, Michael is busy scoping out other women with whom he can have sex. Gotta give him credit for focus, right? But really, if I saw him coming at me at a party, I’d run, not walk, the other way.

7. The sex is boring.  Thanks, Showtime, for finding a way to make sex un-sexy.  Showtime made sure to include a lot of sex scenes in the show, and it was amazing how NOT HOT they were.  I fast forwarded so much I aggravated my repetitive motion injury.

So much for all the high-minded prattle around polyamory. It’s obviously just swinging, at least the way this “pod” practices it.

On the other hand, the triad between Lindsey, Anthony and Vanessa appears to be faring a little better.  Young, bright, attractive, they don’t have that jaded air their older counterparts display. Still, I’m just not convinced that for them this is anything but a youthful experiment. Have fun, kids!

7.  It’s not really reality.  The show reeks of stage management. For example, Tahl decides to come out as polyamorous to his traditional Jewish father and his prudish mother –at Shabbat dinner, of all things. Cameras follow the pod into the house and to the dinner, which is hugely stilted. Everyone is waiting. Because everyone knows what’s coming next, that’s clear. Including Tahl’s parents, who do not seem at all shocked by his nervous disclosure. {Really? I’d have to summon an ambulance if I had sprung something like this on my unsuspecting parents.}

They reluctantly give him lukewarm support in a scene that looks forced and artificial. The only thing his old-fashioned father said, after a long silence was “as long as you are enjoying it…”  an odd comment that he mumbled and that seemed to reflect his discomfort with the topic.

8.  It’s all about the sex. Oddly, Tahl’s father texted him just before Shabbat dinner. I mean, the idea that this guy texted, a guy who looks seriously like Methuselah, rang false. The text supposedly said that a cousin in Israel had seen photos of naked Tahl and Jen on a wife -swapping website. {Really? His conservative father texted him that, just minutes before dinner? I call B.S.}

“What’s that about?” Michael asks Tahl. Tahl claims innocence. He’s not on any swapping website! Then he changes the subject. Quickly.

Umm. I see. All too clearly. {No one asks the most obvious question of all: what was the Israeli cousin doing on a US wife swapping website?}

The young triad that’s the other part of the show also comes out on camera and in their case, all parents are lovingly accepting and –surprise! –don’t seem at all surprised. {Ok. I’ll say it. Yes, of course, they all live in California.}

I’m sure that there are some people in the world who practice polyamory in the pure sense. Just not this pod.

So I’d have to say that Showtime has done a disservice to what might be a valid lifestyle. {On some other planet.}

Have you seen the show? What do you think?

9 comments on “The problem with polyamory”