The spy who flew in from the cold

I told you I had another story, and here it is.

Tallahassee was and still is a very small town, but somehow, my best stories involve things that happened around flights I was taking back to Tallahassee, usually from Washington, D.C. And maybe that’s the key. Washington, D.C.

I’ve traveled a whole lot, but I’ve never had as many interesting things happen on trips as happened to me around 1979.You may remember THIS story about John Le Carre.

Here’s another story, almost as as good as my John LeCarre` tale:

The flight was from Atlanta to Tallahassee, and I’d connected there on my way home from Washington, D.C. Eastern Airlines flew the route and I was seated in coach next to a tall, thin gentleman in a suit, wearing clear-rimmed eyeglasses and neatly combed hair. He looked familiar.

We struck up a conversation on the 45-minute flight, something I rarely do any more with seatmates. I can’t even remember what we talked about, but I do remember that he was very nice. But damn, he looked familiar.

Every so often, I’d say, “You know, you look so familiar. Do you work for DOA?” At the time I worked for the State of Florida’s Department of Administration and thought perhaps I’d run into him in the halls.

“I might have,” he said, with a small smile.

We continued to talk as the plane made its final approach. He was such a nice man. I racked my brain. Where did I know him from?

Finally as we were landing, I said, “It really is driving me crazy that I feel like I’ve seen you before.” 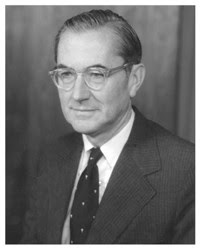 William Colby was the director of the CIA from 1971 to 1975, capping a long career in intelligence. He was a devout Roman Catholic, a noted liberal and a fascinating man. How many people get to sit down and talk at length with a former spy? Who headed up the CIA?

I wished I’d realized who he was sooner: a missed opportunity for a more significant conversation.

When I regained my wits, I offered him a ride to his hotel (I would’ve loved to have seen M’s face if I’d showed up at the car with William Colby), he said he was covered and we said our goodbyes and both vanished into the north Florida night.

3 comments on “The spy who flew in from the cold”