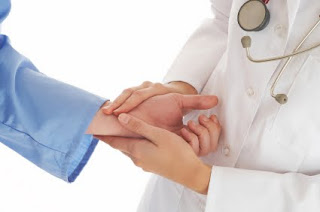 How many more of these “OMG time has gone by” moments can I have in just 24 hours?

This morning I was preparing to make an appointment with the California GYN practice I’ve been going to for more tha20 years.

My personal GYN retired almost two years ago. I liked him a lot and I trusted him. I’m not embarassed to say I cried when we said our goodbyes, just before he left. Literally. In the exam room.

In discussing who’d be best for me next, he suggested the son of one of the other founding docs. He’d been there for at least a decade, and I think I saw him once in a pinch, but I haven’t seen him as my new doc yet. I’m way overdue for an appointment.

Since we’re going to the Bay area in a few weeks, I thought I’d try to make an appointment.

When I went to their website, I saw that ALL of the senior doctors have retired. There is an entirely new crew of young doctors, except for the son I’m scheduled with. Who’s younger, but not new.

I can’t imagine it. I’ve been going there for years. Starting in their tiny, older office on Altos Oaks and then moving to their modern new offices in one of the office buildings that were built as part of El Camino Hospital.

My relationship with my longtime doctor was very personal. He knew exactly how to deal with me on medical issues, and besides that, we liked one another. We talked about Italy, where he’d lived for a bit. He talked about his stepkids. He told me I should marry the man who sat by my side in the hospital after a surgery. (I did.) He fit me in whenever I was in town, even though I lived in Florida. I’ve sat in the waiting room dozens of times. I’ve laughed and I’ve cried in those offices.

That practice is now entirely different.

I don’t know why this is so emotional. Maybe because it’s another anchor gone from a life that’s had so few.

Change. It’s the only constant.