If you’re feeling like age is creeping up on you and you haven’t done what you wanted with your life, well, this is for you. 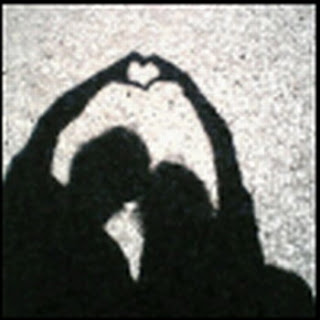 As a follow-up to last month’s post on “no fear,” I’ve got a contemporary fairy tale for you.

It started back when I joined Twitter. Maybe 2008? I don’t even remember. I don’t have time to watch an endless stream of tweets and so I’m not a big Twitter fan, really. Unless I’m really bored, I prefer Facebook.

But I still tweet a bit and drop in periodically to watch the stream of crap and wisdom that flows from the twitter fountain every second of every day.
When I see something
interesting or intriguing, I follow that person.

So last year, I “followed” and “was followed” by some Tampa people I’d never met. Turns out they’re connected to some people I DO know well.

I don’t remember if I knew that before or after I connected with them. Six degrees of separation and all that.
They don’t call it social “networking” for nothing.

Anyway, through occasionally clicking through interesting tweet conversations of those I “followed,” I also began following and was followed by a few people I didn’t know. But who looked interesting.

One of them was a guy who lived in Arizona. A surgeon, to be exact. He seemed to have plenty of time to pursue an active Twitter life and through his tweets, I learned a little about him.

He was from Alaska and seemed to still spend a lot of time there fishing, and in cigar bars. He seemed to have the usual life of a single professional guy in midlife.

“Guy” in the Dave Barry sense, so I was intrigued by his Twitter addiction. Out of character for a guy.

He became one of the tweeple I checked in on periodically.
Along with a few of his Tampa Twitter friends.

Turns out the Tampa folks invited him to a dinner. In Tampa. Thinking “why not?” he flew across the continent for it. A woman he’d never met in person, one of his Twitter friends, picked him up at the airport.

It was a good dinner.

So good that the two of them fell in love, commuted to see one another on weekends and then were married earlier this year.
A Twitter romance. 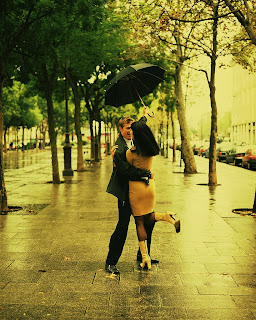 Dad’s besotted with his son. Totally. He posts adorable photos and tweets. He blogs about his unabashed love for his son and his gratitude for the luck that brought him to this happy place: a wife he loves, a son he adores.
Unexpected gifts at this stage of life.

I’m pretty sure if you asked him, he’d say that he’d never imagined that all this could happen. That he could fall in love through social networking and find himself a dad at this stage of his life. 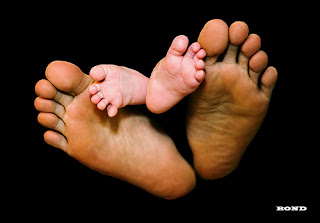 I love to read his posts and I love this couple’s story.
Yes, it’s unique that they fell in love through Twitter.
They fell in love because they showed up for life. Took a chance.

But what I like best is that their story proves George Eliot’s point exactly:
It’s never too late to become who you might have been.

As long as you follow Thoreau’s advice and go confidently in the direction of your dreams.

Images: 1. bridgecounseling.com 2,3. unknown, let me know if they are yours