All the writing, sealing, stamping and mailing I’ve done lately has made me consider how correspondence has evolved over the last couple of decades. Or devolved, depending on your perspective. It took a while, but computers have changed everything.

And now, the U.S. Postal Service (whose roots were in the Pony Express, remember?) is in danger of extinction. So we may be witnessing the last gasp of a dying art: handwritten and mailed correspondence. 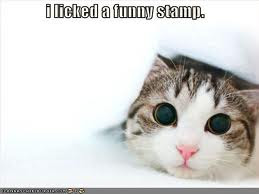 The very best invention: adhesive stamps. Remember the taste of stamp glue? When did we last have to lick a stamp? We may be the last generation to have done that. 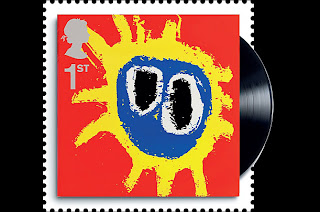 The one-cent stamp is like a penny, today. What can you do with it? This isn’t a one-center but I love this image. It’s a new stamp, one of the Royal Mail’s 2010 set commemorating great rock albums. Can you imagine the USPS doing something this cool? I hate to admit that I don’t know whose album cover this is. Do you? 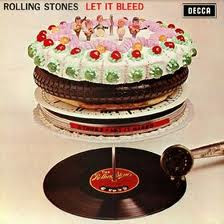 But look–Let it Bleed (my favorite album of all time) has a stamp. Oh, I hate the thought of cool stamps like this becoming artifacts.

I’m waiting for this commemorative stamp. Surely we’ll see it before the USPS goes under. 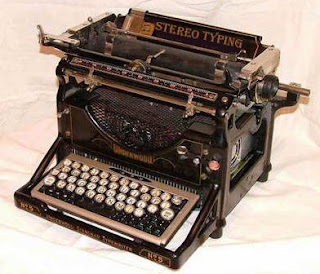 If you’re under, say 45 years of age, you’ve probably never used one of these. It’s a manual typewriter and boy, the keys took some effort to push. I can’t imagine typing for long on one today. But I typed many a letter for my parents on one. (And papers for school!) 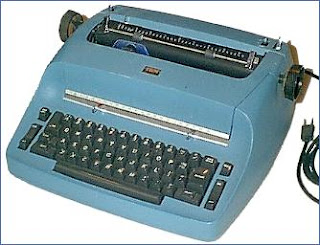 About five years ago, an 19-year-old intern in the office in which I worked looked at one of these sitting on a cabinet, and, puzzled, asked: “What is that?”

It’s an IBM Selectric typewriter. It came out in 1961 and was state-of-the-art in typing until the PC became pervasive. In those days, we typed, rather than “keyboarded.” Do kids take a course called “typing” anymore? Or is it called something else?

Cursive. I remember learning it on paper just like this. I’m not sure penmanship is as important as it once was, but I think they still teach it in elementary school. I don’t know for how much longer, though.

And now, we’ve gone from this: 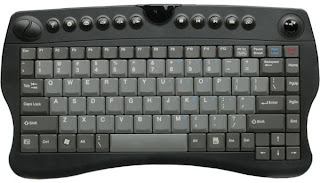 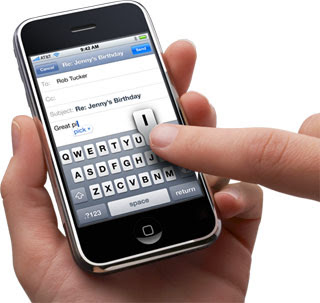 My Luddite husband has been playing with his Ipod and has decided that he, too, can now use a touchscreen comfortably.

I remember studying “diffusion of innovation” in the social psych PhD program I dropped out of. It’s how new things get integrated into popular use.

Apple does a really good job with this. I am not sure what “keyboarding” will look like in the future but for sure it’ll be done on a touchscreen, thanks to Apple.

(If you’re new to my blog, welcome! Click the header and check out my more recent posts. I hope you’ll come back often….and join the conversation!)