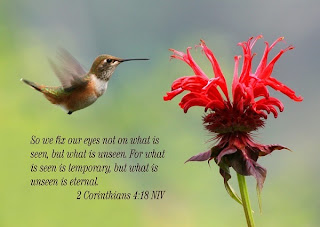 I know this verse was meant in a particular way, but it’s true in more than that one.

There are unseen hands at work in this Universe of ours, and they are arranging things in ways about which we haven’t a clue.

They save us from ourselves, at times, and at other times they make us go through things that are inexplicable and seemingly unfair.

On the flip side, these hands put huge blessings in our path and give us the choice to pick them up or step over them.

Yesterday guided by unseen hands, I had a chance to return blessings to someone in need and to perhaps set a plan in motion to do this more regularly.

But those same hands allowed a terrible tragedy. Asking prayers for this fine young man–this heartbreaking story from the St. Petersburg Times:

SAFETY HARBOR — Andrew Scott Hall was determined to walk on his own despite the cerebral palsy that weakened his lower body.

He endured multiple operations to strengthen his legs. He stretched them every day. He longed to walk and play like other kids.

And eventually, he did.

Beyond that, he became a straight-A high school student and competitive athlete.

But on Monday, Hall’s left leg was ripped from his body when he was hit by a suspected drunken driver as he stood on a sidewalk in Safety Harbor.

The 19-year-old, now in critical condition, may spend the rest of his life in a wheelchair — a device he hated.

“For a tragic thing like this to happen,” said his sister, Tina Hall, “there are no words in the dictionary, no words that can explain what I feel right now.”

Pinellas deputies say Hall was hit by a 2007 Honda Accord that they suspect was driven by Joshua Dean West, 24, of Tampa.

The speeding car ran up on the sidewalk and crashed into Hall, taking off his left leg above the hip, crushing his pelvis and breaking his left arm.

Sheriff’s officials said they believe West had been drinking. He ran after the crash but was caught about a block away.

West has a suspended license and a history of driving infractions, including a DUI charge.

He was taken to St. Joseph’s Hospital in Tampa, where he remained Tuesday. He has not been charged, though an investigation continues.

Hall was diagnosed with cerebral palsy when he was a year and a half old. It affected his legs far more than his upper body.

His mother had mental health problems, and he has never known his biological father, family members said. His maternal grandparents in Hudson took custody of him when he was in middle school.

Throughout his life, Hall had a surrogate family in the Aranas — Allen Arana and his parents, Hanyn and Mary. Though Hanyn and Mary divorced several years ago, they remain close friends.

The Aranas have kept a constant vigil at Hall’s bedside since the accident.

“He has struggled his whole life to live from the moment he was born,” said Mary Arana-Andersen, 57, of Lecanto. “They tried to tell us he wouldn’t be normal. He’s brilliant. Nothing held him back.”

The surgeries he had on his legs couldn’t keep him down for long. He pushed himself through strenuous physical therapy.

“He walked with a limp, but he walked, boy,” said Tina Hall, 22. “Sometimes he would fall down, but he would get right back up.”

Said Hanyn Arana: “He did not like the wheelchair. No cane, no walker, nothing.”

Friends describe Hall as a joke-cracking young man who embraces Christianity, sports, music and his independence.

“I remember one time he was playing kickball and he ran, ran to first base and fell flat on his face and got dirt all in his teeth and stood up and was just smiling,” said the center’s executive pastor, Glenn Davis.

Hall receives disability payments but also works at a call center and at Hanyn Arana’s restaurant in Clearwater.

“Everybody kind of made a joke that it was dangerous to find him in the hallway because he was so happy to see you, he could pat you on the back and leave a bruise,” he said.

Hall considered joining the wrestling team, the Aranas said. But he decided the sport wasn’t worth the risk of breaking one of the legs he so fiercely guarded.

On Tuesday, doctors used surgical pins to fix six fractures in Hall’s arm, but were unable to repair a compound fracture.

He faces multiple surgeries to repair his shattered pelvis and close the gaping wound where his leg was severed, said family members.

Doctors have told family members it’s unlikely Hall can be fitted with a prosthetic and he may be confined to a wheelchair.

Arana-Andersen said Hall had been in and out of consciousness since the accident. She longs to caress him, to hold his hand, to hug him, but he’s in too much pain to be touched, she said.

“Andrew hugged everybody, that was his thing,” she said through tears. “And now, with him lying there, I can’t even touch him.”