Let’s check back in with our Showtime polyamorists, shall we? I’m pretty sure the last show I saw was actually the season finale. So let’s begin.

So, when they moved in with Kamala and Michael, Jen made it clear that has only one rule: that Tahl spend nights with her. What’s clear about Jen is that she has numerous insecurities. At first I thought they were about polyamory. But it’s clear now that she’s insecure about Tahl.

One night Showtime’s overnight camera catches him checking to make certain Jen is asleep and then sneaking out to have sex with  Kamala and Michael. Kamala is surprised and asks “Is Jen outwith another lover?”

When Jen awakens, Tahl’s gone. She goes looking and finds him in bed with Kamala and Michael. There’s a confrontation and HE gets pissed.

“I just don’t like that rule,” he said.  Well, Tahl, maybe you should have talked with Jen instead of breaking it.

“I made a mistake. I just need to be sensitive to her emotional state.” Yes, of course. You keep making mistakes. But pushing it all on her?

We then shift to our happy, idealistic young triad, who are super-excited to marry each other. Kamala performs the ceremony (of course).

The happy triad decide to all wear red, the color of revolutionaries, because, of course, they are social revolutionaries.  The women look great in their hot red dresses, but Anthony’s red shirt and slacks make him look like–well, a chili pepper.

They each get cool revolutionary wedding band tattoos that include a red star.  The entire red theme smacks of Mao’s Red Army, but they’re probably too young to get the reference.

“All married couples, straight or otherwise, should get wedding tattoos–there would be a lot less divorce, because that’s a real commitment,” Anthony comments.

Watching them talk about their commitment for a lifetime with such excitement and naivete, I’m reminded of fresh-faced young people who’ve told me “when I get married, I don’t ever want to get a divorce.”

I don’t know anyone who enters into a marriage planning on divorce. We all go into marriage believing it’s real, really, really, real. And it is. In that moment.

Showtime then gives us their version of happily ever after. The red-clad triad walks happily off into the revolution, newly married and off to change the world.

Tahl and Jen make up after Jen makes a brand new rule: Tahl can sleep overnight with Michael and Kamala if he schedules in advance. 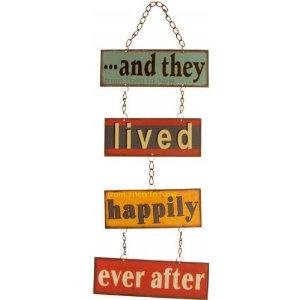