Valentino – the meaning of fashion 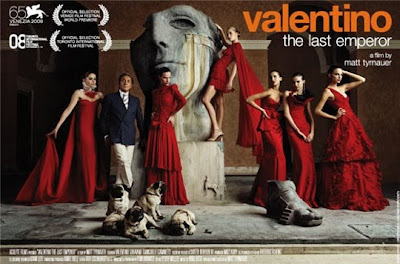 Age creeps up on us so imperceptibly that it’s hardly noticeable.

Until one of our icons dies, or, as in the case of designer Valentino, retires.

I was reminded of the passing of time today when I saw the wonderful documentary, Valentino: the Last Emperor. I highly recommend it.

Valentino has been a style icon for nearly 50 years. If a woman wanted to look beautiful, feminine and iconic, (and could afford it) she’d wear a Valentino. 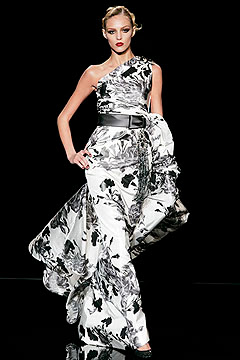 Unlike some designers, whose designs make women look grotesque, Valentino’s love for women and for beauty emanated from his spectacular designs. They flowed beautifully from the woman’s body.

“I design clothes for women who actually wear them,” he commented sharply to someone in the film.

And it’s true. Valentino fashion has always been very wearable and he became a favorite of beautiful actresses and celebrities.

So as I watched this film, which ended with his retirement, at age 75, after his design house was entirely bought out, I thought about the decades he’d seen. The women he’d dressed. The parties he’d been to. The history he was a part of.

And I felt older.

I looked at the designs with his label that are being carried on by his successors. Under his name. None compared. None worthy of the name.

And while he was known for his red gowns, something he disdained over time, he pulled out all the stops for his last collection, using lots of confectionary color: 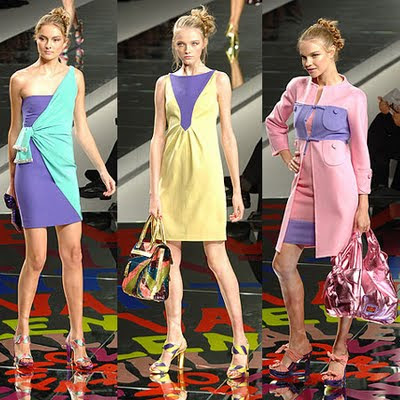 He and his handsome, charming (and patient) partner, Giancarlo Giammetti, who’s been by his side since the days of la dolce vita, left the business as corporate interests took over.

And the new interests haven’t fared that well, because corporate + fashion do not go well together.

The movie is beautifully done and poignant, all the more so because I remember the decades when Valentino was THE designer. It’s hard to believe that his time has passed.