Waiting on my bookshelves

I used to keep every book I bought, which is how I ended up with 30 fairly big boxes of books, boxes that I dutifully carried from city to city over several decades. One day, my mother offhandedly asked, “Are you still carrying those books around?” And I realized that I could actually let them go, let someone else enjoy them, keeping only my very favorites.

Now, with a Kindle, I have fewer boxes than ever. But I still buy and keep favorites and reference books (and most book group books) in hard copy format. I’ve finally started to organize my office and notice I still have some pristine tomes waiting to be read. They now reside in-waiting on shelves near my bed. Here’s some of what’s there:

Three books of poetry by Mary Oliver.
These were last year’s treasured birthday gift from my sister-in-law and nephew, and it’s nice to have them close at hand when I want to ponder the nature of nature …or something else Oliver might have written about. Poems to ponder. Truth is, I like her (too few) poems about things other than nature even better.

The Journals of Sylvia Plath, edited by her no-good, cheating-ex-husband, Ted Hughes
Oh, ok, so I have a position on him. She was an incredible talent. I love her journals because she brings her poet’s eye to every situation and even in her early 20s wrote so incredibly well. In her journals. If anyone read mine they’d think I couldn’t hold an audience if I tried. But Sylvia? Even her journals are hard to put down. I’m reading this book very slowly, savoring every line.

Inlandia
A collection of essays or chapters that’s billed as “A Literary Journey through California’s Inland Empire.” I’ve spent very little time inland (which is to say east of the coast) and the chapters are a nice diversion late at night.

Highway 99
Related to Inlandia is this “Literary Journey through California’s Great Central Valley.” I’m overdue to get my ass off the coast and into the heartland of my state. Or at least to learn something about it. As you can see, I’ve taken on the challenge. At least as far as getting some books.

San Francisco Stories
No question the city has a fascinating history and this anthology touches on some of the best stories. Really, it’s some of the best writing about the city from some of the nations’ best writers. What’s not to like? It’s great train reading to and from the city.

7 Wheelchairs, a memoir by Gary Presley
Gary’s a friend from the online writing workshop I belonged to for a number of years. I was lucky enough to read much of this in draft form years ago and participate in offering critiques and suggestions. Gary is a very strong writer and the book is riveting, in a dark sort of way. It sits on my shelf for inspiration; Gary’s writing is my go-to place when I’m stuck. {I’ve also been known to ask his help more directly.}I love his portrayal of mood, the way he strings words together, his brutal honesty. Highly recommended. 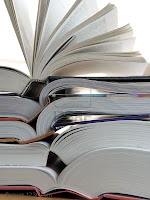 Bohemia, Still Alive! and The Magic Will by Herb Gold
After having a long coffee with Herb at a writers’ conference a year ago, I had to get some of his books. The beatnik era was the predecessor to my generation and I know too little about it. Herb lived it and knew most of the creative talents of the 1950s and 1960s. I started Still Alive! but put it down and lost track of where I was. Now that I found it, I’ll be back to it shortly.

These are just a few of the volumes I like to reach over and grab late at night, when I want the distraction of entering someone else’s world for a few minutes, a few hours, and if I’m being really lazy about chores, a few days.

So, how about you? What’s on your bedside table?