We are in Crazytown now, for sure 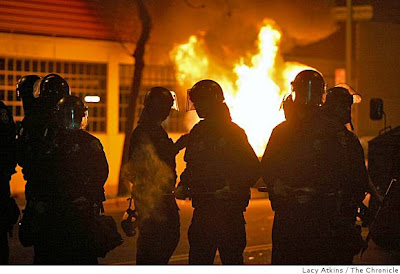 There is no way NOT to write about this, as there’s so much wrong with it, I don’t know where to start.

The city of Oakland has had to lay off some 80 police officers due to budget constraints. That is a huge number in a community that needs every single peace officer it can get.

So here’s problem #1: there is just no money for police officers. To protect us. (Yes, it’s tempting to say something like: you able-bodied, jobless people who aren’t even looking –but collecting federal unemployment extension money that might be used to fund critical services — need to get off your asses and find a job.)

News reports say that the City and the police union couldn’t agree on job security issues. The union wanted job security for most officers for three years. The city just could only promise one year because of the serious budget situation. 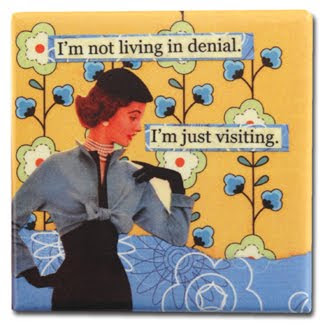 Problem #2: Hey, union, there is NO money, don’t you get it? We are in serious financial trouble. So is it better to lay off 80 officers to make a point than to try to buy a year to provide more funding? What are you smoking? I support cops wholeheartedly but this is clearly a case of either stupidity or denial.

The police chief said that with this reduced force, the department would focus on responding to 911 calls and only a few non-emergency calls. He then released a list of some 44 crimes that would get little or no attention, including identity theft, extortion, embezzlement, vandalism and more.

Problem #3: Thanks, Chief Batts, for giving criminals a complete list of the crimes they probably can get away with until funding for more officers is available. Is this guy NUTS?