Not going to Westminster Dog Show, after all 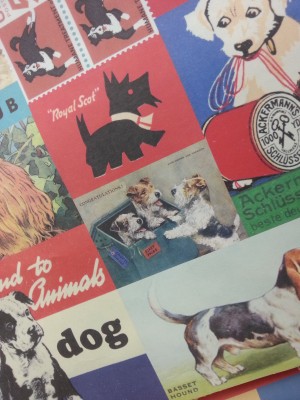 Cute doggies, aren’t they?  We thought we’d be seeing quite a few of them this coming week as we went behind the scenes and watched dogs get primped and poufed for their big moment(s) at Westminster Dog Show 2015 in New York City.

And it would have all been familiar because we attended last year to support our friends’ dog, Rocky, who is a damn good looking French bulldog. Because he’s a champion, he’ll be showing again and whether he makes it to Madison Square Garden or not, he’s tops in our book.

Well, actually, he’s tops in a LOT of books, just take a look:

We had big plans for our four days, but for numerous good reasons, we’ve had to cancel our trip.

Nonetheless, we’ll be thinking good thoughts about the breed competition on Monday, where Rocky will strut his stuff at the Piers for a chance at Best in Breed, which could send him to the Garden.  And why not? He is cute as can be.  Here he is competing at last year’s Westminster, where he was adorable.

We dropped by Rocky’s house a couple days ago to give him good luck pets and made his mom promise to text us as soon as he walked the ring with his breed. Oh, we’ll miss all the excitement, and seeing our favorite pure-bred do what he does best.

Riley says, “meh!”  That’s because we brought him with us to Rocky’s and when Rocky began snorting his “hello,” in that husky French bulldog way?  Riley nearly jumped out of his fur!  He’s met Rocky before, but on his own turf, not Rocky’s.

We’re going to be thinking about him all weekend.

Please join us in wishing Rocky well in NYC!

So, have you been to Westminster?

7 comments on “Not going to Westminster Dog Show, after all”