What it costs you to have the courage of your convictions 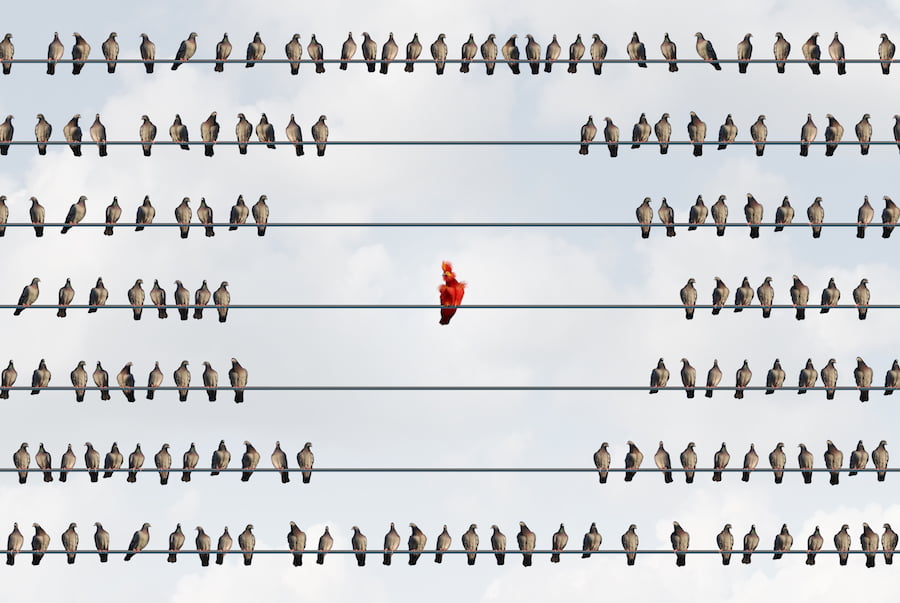 I was not gifted with tact.

But I was given the ability to draw inferences. To look ahead and see that If X happens then Y is likely to occur.

I was not gifted with patience.

But I did get a certain dogged (some might call it stupid) endurance. Because it always seems to me that the logic is obvious. And it if isn’t, a simple explanation would turn on the light bulb.

That’s not the way people are, though.

I can accept a lot of things, but this one thing about people I find very difficult.

The cost of having the courage of your convictions came up during a recent discussion with friends about a racist term someone used in a business meeting and how no one said a word, even though most (if not all) were shocked.

Had I been there I would have said something and I probably would have lost my job.

The cost of having the courage of my convictions.

That subject is more relevant today than ever as people all over the country continue to take Covid risks.

I know some in my normal life. I know some online. I read of others on my social media feeds.

Some are simply ignorant. They do not read or hear public health guidelines.

Some are in willful denial.

-Maybe they simply want to do what they want to do and just ignore what we are advised to do by public health officials.

-Maybe they build a (flawed) rationale so they can feel good about stretching or even flaunting the guidelines. This usually involves some combination of “I was tested, “We all wore masks,” and “We were six feet apart.”

Let me say again: Masks are not failsafe. Tests do not mean anything for more than the moment they were taken. Six feet is a political compromise because more than 18 feet, which is safest, is even more unacceptable to people. These are the FACTS. Not my opinion, but facts. Accessible to anyone who reads or listens. Also a fact: risky behavior spreads disease and will prolong covid in our country.

I have been vocal about this when I see people I know acting against public health guidelines. The possible consequences of their behavior are obvious.

You might say, “well, they’ve decided to take the risk.” All well and good if they are base-jumping, free-climbing or swimming with sharks. But not so good during a pandemic, when their risk-taking also puts others at risk.

These are ordinarily decent people. But on this one thing, pandemic behavior, they are unable to see how they are a part of the greater whole. How what they do can impact others. They just want to do what they want to do.

My views are not always welcomed. I know this because some tell me outright. Others avoid telling me some things. And still others avoid me altogether. I am sure some will continue to avoid me after this is over. If it is ever really over. Although I do see light at the end of the tunnel.

That is the cost of having the courage of your convictions and I must accept it, sad as it makes me. The truth makes people uncomfortable.  Holding a mirror up so others can see themselves clearly makes them even more uncomfortable.

But I am not in the business of helping people justify the behavior that puts others at risk.

A friend told me he stopped being the Covid police a while back, after watching good friends continue to act as though life was the same as ever.

But I can’t stop.

Why do you continue to speak up? you might ask.

I speak out because I believe that silence really does equal death today, in a way we never saw coming.

No, many people are dug into their positions. But if one person changes their mind and begins doing the right thing, it is worth the price of speaking my mind.

My husband and I have discussed what we see in our circle. Some behavior is not surprising. Most of it, he thinks, is because these people are self-centered and selfish. They simply want to do what they want to do.

“I can’t think of a time in my life like this time, when a combination of trumpism and covid is showing us so clearly who people are at their core.”

Yes. The good people are obvious. The clueless and selfish people are also obvious.

I take it a step further. I think some people simply refuse to connect their behavior to an impact on others.  They wouldn’t ordinarily hurt a fly, but they won’t see that they are putting so many others at risk. It’s not that they can’t see it, it’s that they won’t.

Referring to people we know, I commented that someone we know would have to lose someone close them before their behavior would change. My husband agreed. Referring to another, I said that they would have to get deathly ill, themselves, for it to have an impact. And it still might not change a thing. After all, they’ve already gotten sick so…  He agreed.

These outcomes are avoidable. But not if you flout the advice of public health officials.

You can run, but you can’t hide forever from the facts.

I am not patient. I am not tactful.

But I do care about what happens to me, to my loved ones and to us all.

And I will continue to speak out.

If you are one of those who are fudging the guidelines and have your rationale for doing so, know that I am not the only one who sees that. Many of us see it.

And yes, we do judge. On this thing I am VERY judgey and I am not the only one..

I am willing to pay the price for having the courage of my convictions.

But that new view of you? The distrust we now feel? That is the cost of your self-centered behavior.

And you have now paid it.