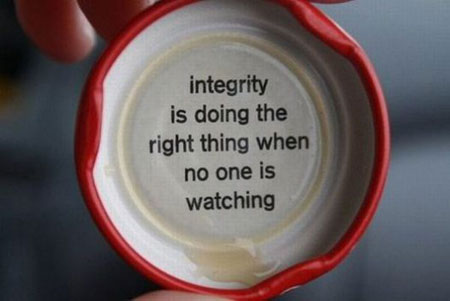 Oh, I know, there are so many parts of the world where things aren’t right and fair. Where injustice prevails.

That confuses me, it really does. Why does it have to be that way?

On my birthday someone who knows me well — 30 years now– commented that I was one of the most “loyal” people she knew. I think I understand where she has seen this at work. I doubt she knows how much I’ve thought about that concept since she posted it.

There was a day when I wanted nothing to do with anything that smacked of my father. He seemed such a difficult personality. “You’re like your father” had bad connotations.

But with age and distance, I came to see his many positive qualities, including unparallelled integrity. His sense of fairness. His loyalty was an outgrowth of those traits.

Oh, I still see the other stuff and want nothing to do with it. People are complex and imperfect.

But his integrity and loyalty? I think I got those and I’m glad I did.

Right and wrong have fuzzy boundaries today, but to my father, the line was clear. On some matters, he wouldn’t cross it. Ever.

And yet, people with clear boundaries often have their hearts broken.

My father was extremely generous with his time and skills. Extremely.  There wasn’t a family member–including distant–not a neighbor or a family friend who had to pay for pediatric care for their children. No, my father took care of those children free of charge.  All of them. And there were many.  I’m not sure doctors today have as broad a definition of “professional courtesy” as my father did.  He was no Marcus Welby, M.D. He could be impatient and prickly with parents (but never with kids). But he was generous in giving of himself. He felt it was the right thing to do. I admired that.

But to his surprise, many of those people weren’t as generous back with their own time and skills. My father believed that one hand washes the other–that we work together for mutual benefit. He didn’t give to get, but because he believed giving was right, it was hard for him to accept others wouldn’t want to give back to him — if not out of their own generosity, simply as a thank you for what my father had done.  It broke some relationships.

I’ve come to see that what it really broke was his heart.

That same broken heart? I’ve had it from time to time.  People disappoint us.

When we’ve given of ourselves and are treated as if we hadn’t, it can be hard to understand.  It’s painful.

When that happens to me–or someone I love– I’ll always stand my ground for what I think is right and I have my father to thank for that.

My father was known to end relationships over such a breach. I’ve done that only twice in my life. More often, when I notice a big imbalance, I’ll just let friendships fade out. Because those kinds of relationships will.

I’m not sure I was always that authentic, certainly not as a younger woman. But now, at this age, I see that choosing with whom I spend time is important. So I’ve begun to do some active culling. The catalyst was that online seminar I took a couple months ago. The one I referred to in my post about balance in friendships.

In friendships, I’m pretty embracing. But even though I don’t “work,” time always seems to be at a premium. I don’t have time any longer for those borderline friendships. 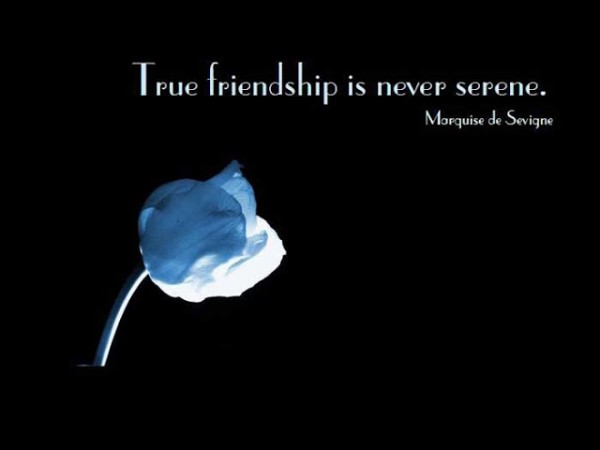 When I look around at those I keep company with most often and those I enjoy most, I see that they  have some things in common.

They’re inspirational in some way–their attitude, their actions, their loving ways.

Or our hearts connect.

There is no passive aggressive behavior. What you see is what you get.

We can tell each other the truth without it being fatal. We can disagree, too.  Emotion is good. But no drama.

They can look at my behavior and make a pertinent comment and I can do the same for them. They make me think about life, the world, myself in different ways.

We make each other laugh.

They’re anything but superficial.

The friendship is deep and because it’s deep, it’s abiding.

Like my father, I do believe that one hand washes the other. I like to think of it as mutual support. Oh, it doesn’t need to be an even balance all the time. But a big imbalance over the life of a friendship is a sign that it’s more one-sided than not and I no longer have time for that.

This is a little victory for me, actually. It’s an action to keep only things and people in my life that support my happiness and growth. And even though it’s hard to admit, I haven’t always done that.

But I’m definitely doing that now.

What am I getting from this? may sound like a cold and calculating analysis. But that’s not how I see it at all. If what I want is love, acceptance, inspiration and connection, well, it’s a good question. And if I’m not getting those things, the next question is why is this person in my life? 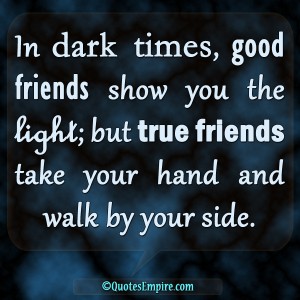 8 comments on “What’s right and fair”

1 Pings/Trackbacks for "What’s right and fair"