When Marshall McLuhan coined the term “global village” many decades ago, the internet as we know it had not yet been invented. Since then Web, the Internet –whatever you call it– has bonded people and communities around the world in stunning ways.

Blogs, websites, social media, email–they’ve become the connective tissue between us and people we would never have known any other way. Our online friends become part of our community. We celebrate with them, we complain with them, we support them and yes, we grieve with them.

Such was the case this weekend when the teenage son of a popular “mommy-blogger” died. (“parenting blog”)

He was a drug addict, a fact that his mom kept out of her blog until very recently, to protect her son’s privacy and also for her own reasons.

About a month ago, he overdosed on a mix of drugs and was attacked and brutally beaten, apparently in a drug deal gone wrong. He suffered a serious head injury, among other things, but he was making progress in the hospital. Along rehab period was expected, followed by his recovery. Was expected is the operative term.

Then, a rare delayed effect of this kind of overdose appeared. He did not survive it. He was 17.

The Web has been buzzing with messages of shock and bereavement sent by people all over the world. People who never knew him or his mother. So-called “mommy-blogs” are some of the widest read on the Web. Kate had a sizeable audience for hers; there, her son’s photographs depict a handsome young man with a sweet, winsome smile.

Although I didn’t know him or his mother, her blog posts moved me. The internet allowed me–part of the online community –a perfect stranger–a close-up view of this family tragedy.

This young man didn’t look like someone unable to escape the scourge of drug addiction. He looked like any other adorable, sweet-natured teenage boy. Kate wrote of her guilt at minimizing his early drug use as “experimentation” and said if she could do it over, she would have taken it far more seriously.

Would’ve, should’ve–such a dangerous place to go. I’d bet 99% of the drug experimentation kids do is relatively harmless. How was she to know that this would be any different? 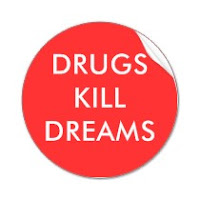 Kate’s message goes something like this: Drugs are serious stuff today. All teen drug use should be taken seriously. Parents need to intervene immediately. That’s the lesson she’d like parents to learn from her son’s death.

I am so sorry for the family and for this beautiful boy. I hope the family is able to see that it is not their fault, and if it is any consolation at all, that their son’s death may be the catalyst for saving other teenage lives. I’m sure she’d rather have her son back. I don’t blame her. What a waste of a promising young life.

I am not anti-drug, per se. I don’t think marijuana is harmful in most cases. I also don’t think the government is handling other societal drug issues effectively.

But I do think Kate’s message is worth taking seriously. Because, as she found out so tragically, you never know. 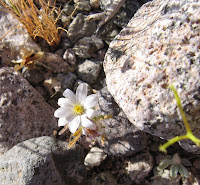 This is an unusual family. This, from her blog today:

Our family is starting what we hope will become a permanent, endowed fund that will provide scholarships for families who cannot afford to pay for needed drug and alcohol treatment programs for their children. In lieu of flowers, we ask that you remember our boy and his struggles by considering a donation to:

Perhaps the long healing process has begun. Godspeed, Henry. And much love and peace to his family.