When music was no longer, well, MUSIC

Once in a while I’d wonder, which of my senses I could live without? They’re all important–I’m used to having all five and I couldn’t, can’t imagine life without one of them.

But three years ago, I DID imagine life without one–without hearing. And it was awful.  I blogged a little about it HERE.

One day I woke up and noticed significant hearing loss. Not only that, but I was hearing-impaired in a way I could never have imagined: music sounded discordant, grotesque. All of it. Nothing sounded in tune.

I feared that an untreated hearing loss of any kind would be permanent, so I found an otologist (ear specialist) who had me tested by his on-staff audiologist. It was true: I had significant hearing loss in one ear and a mild loss in the other.

How did this happen? The doctor quizzed me repeatedly, asking question after question and sometimes the same question.  At the end of a very long appointment, he said he believed I had atypical cochlear Meniere’s disease and he was fairly certain it was caused by the large amounts of aspartame I had consumed in the past week.  He wrote a prescription for steroids and said he hoped that would handle it. 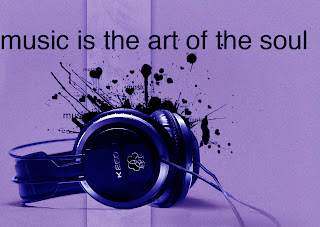 It seems like such a small thing: hearing loss. But it’s not. I realized how much music was embedded in the background of our lives: radio, movies, television–and people humming, singing–concerts, for God’s sake!

As I sat in the doctor’s office, my imagination went wild. I love music, both singing and listening to it. The thought that music would no longer be a part of my life was horrifying.

Most of the entertainment I enjoyed was at risk. What if all music would sound discordant from here on out? What if I never again could hear the beauty of musical notes? What if a hearing aid wouldn’t help?

I was really, really scared that life as I knew it would change significantly. My doctor should’ve written me a prescription for anti-anxiety meds, too.

Here’s the irony: From 1986-1988 I worked at a foundation concerned with hearing loss.

By the fourth day of a five-day taper-down course of steroids, I was relieved that my hearing was returning to just about normal. That was confirmed by the audiologist when I returned to the doctor a week later. Normal.

“But,” the doctor cautioned, “this could return.”  I asked him write me an as-needed Rx for the treatment so I’d have it for the extensive travel I was planning. I’ve carried with me on trips ever since.

Since then, I’ve also been very careful about how much noise I am exposed to. I carry ear plugs with me and wear them when I am at a rock concert or any other noisy event.  If I think Riley is likely to let out a sharp, shrill bark I make sure he’s not near my ears. Since then, I’ve protected my hearing as if it were my most important sense.

When I see construction workers running jackhammers without ear protection as I did recently in San Francisco, or music-lovers sitting right in front of speakers, I want to pull them aside and tell them my story. They may take hearing for granted, but they shouldn’t. It can disappear in the blink of an eye from something you never thought would cause hearing loss. So why wouldn’t you protect yourself from known, high-decibel hazards?

Many, many rock musicians –famous names– are paying the price for not protecting their hearing. In fact, I used to see one regularly at the foundation at which I worked.

So here’s my advice: Don’t take your hearing for granted. Be sure you protect it from long periods of loud noise. And if you experience any type of hearing loss, get to an ear specialist who has an audiologist on staff immediately.

For more information on how to find an audiologist, go HERE.

My experience and near-loss of normal hearing made me want participate in the American Speech-Language-Hearing Association’s Speak Up About Hearing Loss campaign.   I wrote this blog post while participating in a campaign by BOOMBox Network.com on behalf of ASHA.org and received payment for my participation. All opinions stated within are my own.

10 comments on “When music was no longer, well, MUSIC”