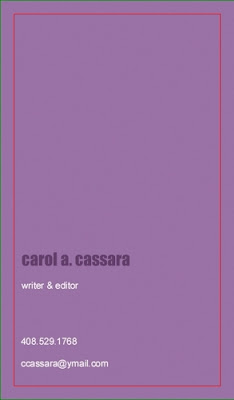 It’s a question that comes up for many when they retire from their careers.

And while it isn’t a question for me, I realized that I was going to need a writing business card soon.

Yes, that email addy is different and that’s because I want one just for writing, AOL is too dated, and ok, I admit it, embarassing, to use professionally, and I may be the only person in the world with a gmail account who doesn’t think gmail is the greatest thing since sliced bread. So I’ll use ymail for business only. 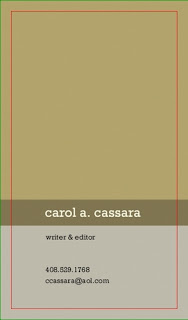 But I might take some select consulting work from California later next year. So I wanted something that looked more business-y. I probably should’ve left the title blank, because it might not be that kind of work. But it’s telling that I chose to retain that identity.

Because, after all, that is who I am.