Who we are; who we become 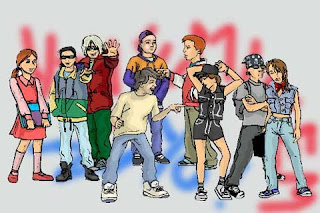 We can never really know how others see us, can we? I mean, we can guess, but fact is, we just can’t get into their heads and see ourselves as they see us.

For most of us, high school brings up memories of all sorts of teenage insecurities. “Popular” meant what it does today: hanging with an in crowd. While I had friends in that crowd, I wasn’t and never have been someone who hung with a single clique, always preferring the “Chinese menu” of one from Column A and one from Column B. Homogeneity is such a bore.

That’s why I was a GDI in college (“G-damn Independent”) rather than a sorority girl. The pearls and tea scene just didn’t hold any appeal. Smoking pot and stringing love beads? Another story entirely.

In that strange way of the world, (at least my world, where strange things happen routinely) someone I know well is dating my high school class president, who was also captain of the football team. Although certainly a candidate for “most likely to succeed,” he stayed in Rochester and had a relatively “traditional” life.

We had a big reunion this summer, and, although I didn’t attend, I had reason to speak with him on the phone beforehand. Turns out, he had an impactful teaching career and was much loved by his students. And for many years has traveled to underdeveloped nations to volunteer his time, not once, but several times a year. To build schools. 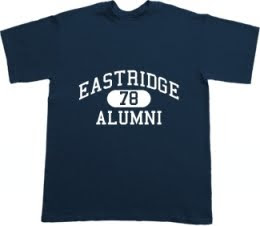 I know. Class prez, football captain, and THIS TOO???? A really good soul? Meaningful rather than material success? Honestly! It just ain’t fair. Admit it: there’s a part of us that wants that high school “most successful” to turn out to be a serial killer. Or at least to have done some prison time.

Anyway, one of those reunion websites we’ve all joined out of curiosity, usually after surfing the web and having a beer or two, asks visitors “how do you remember…” and they name a person. I must have been one of those people, because today’s promotional email headline to me said “Classmate X remembers you as: bright, confident, smart, unique.

Wow. I had to stop and think about high school. Bright? Yes. Smart? Absolutely.

I was those things then.

But I absolutely do not remember feeling confident and unique. Confident? Who feels this way in high schoo? Not in a culture where homogeneity and belonging are the bywords. Unique? Well, maybe, but not in a good way. 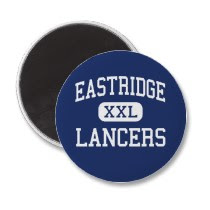 But who knew that any of my classmates noticed back then.

Maybe this “growing up” stuff is mostly illusion. Perhaps we are always who we were.

Even if we didn’t see it ourselves back then.

One comment on “Who we are; who we become”