The city in which we live is pretty multi-cultural. Reflecting its population, the place is teeming with ethnic restaurants of every possible flavor: Afghan, Korean, Chinese, Japanese, Vietnamese, Ethiopian, Mexican, Indian, Pakistani and so many more.

This diversity permeates every part of our life here and it’s been kind of fun. For example, it’s not unusual for us to be the only Caucasians in a store, on the street or in the library. 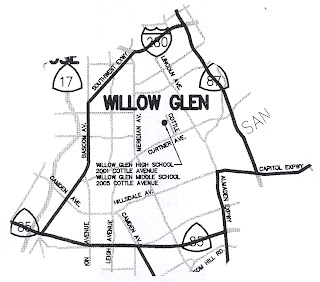 I’ve gotten accustomed to this cultural hodgepodge and will miss it when we move to our new house, which is in a more homogeneous (mostly white) area of San Jose.

I’m also going to miss our lanky neighbor, “Rusty,” who has entertained us with his delusions for the better part of the year. Don’t get me wrong. “Rusty” is a really nice guy. But he has clearly lost a few brain cells over the years and is now more than a few bulbs short of a chandelier.

The power went out for a while yesterday. We saw Rusty outside, as we do every day, and M. went over to talk with him, as he does several times a week.

“Yeah,” Rusty said, “you have to be concerned if maybe a terrorist has taken out a whole big region.”

Ok, not such an unusual thought.

But then, when Riley and I walked out to join them, I heard this: 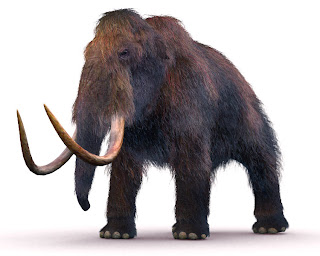 “You know, I lived in Chicago,” Rusty was telling Michael. “Most people think the woolly mammoths became extinct after the Ice Age but they aren’t. A couple of them survived by living in a cave and eating meat. They were put on display at the Chicago Zoo. There was a tunnel under the zoo that led to Lake Michigan, and they would swim away to the Lake. But they’d come back, because they were trained.”

“Yeah, I orbited the earth with a monkey when I worked for NASA. They took some pictures of me with the monkey. I had top -secret clearance till the 1970s.” 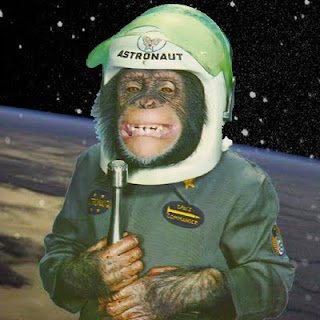 Even Riley raised his doggy eyebrows at that.

Say what you will about what a great area Dry Creek/Willow Glen is. It is, and we’ll love it.

But we’ll never find anyone in our new neighborhood as interesting as Rusty. We’ll miss him, and all the rest of the people here who have lost contact with their mother ships.

Like our other neighbor, the #1 knife and stun gun salesman in the U.S.