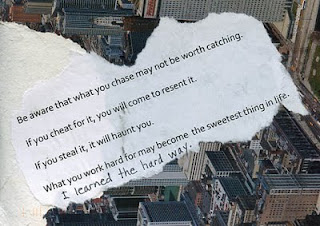 When you’re close to someone, you sometimes just don’t see the obvious.

For some 20 years, I had a girlfriend who was expert at milking the system. Any system.

We met at the Silicon Valley company at which we worked. We bonded over the bitch of the boss for whom we worked. Over the years, we took trips. We hung out. We exercised our creative juices. We had many laughs. We were close as sisters. Closer, even. Sure, she had a few quirks. But who doesn’t?

She was in the right place at the right time and eventually leveraged an administrative position into a professional one. But because she wasn’t really qualified, she always felt like an imposter, and spent more time protecting her position than doing the job.

She really never wanted to work. She wanted to be supported. She felt entitled. But it had been many, many years since she’d had a relationship. Surprisingly. Since she never did anything to pursue a relationship with men, I never understood the entitlement.

When she got laid off, she went back to school to finish her degree. She loved it. And did well. After graduation, she got her first professional position. And that’s when it started going bad.

She couldn’t hold a job. Her bosses either ended up “hating” her or “misunderstanding” her. It happened more than once. More than twice. Usually around her “working the system” like she did at our company. 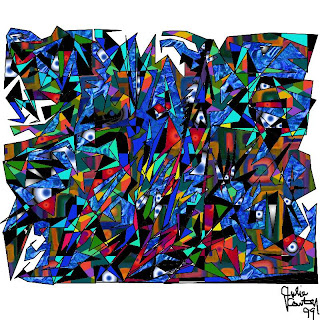 But it was catching up with her. It haunted her every job.

She began acting out. Finally, she had a physical breakdown after a business trip. She’s been out on disability ever since, for several years now. Living hand to mouth.

It was clear that something had gone terribly wrong.

She and I had a break in our relationship over a life decision I made that she disapproved of. Yes, it was my life. She was overly invested in it. We have not spoken for almost a year now, and probably never will. Not my choice, either.

It was a painful break for me.

When I saw the Postsecret.com postcard (posted up top) on Sunday, it reminded me of her.

As much as I hate thinking this, and resisted it for years, with the benefit of distance I can see now that she always worked the system. From the start.

Because she never felt she actually earned anything except her degree, and because she really didn’t want to work at all, her relationship with work was warped. To say the least. Deep down, she felt she wasn’t entitled.

In the end, both her body and her mind completely broke down. It pretty much destroyed her.

Looking back, I can see that it had been many years since she’d been the woman I had so much fun with. That changes had been happening incrementally all along. I just hadn’t wanted to see them.

You’d think with the preponderance of meds on the market, there would be less mental illness, not more. But the fact is that I’ve seen several people to whom I was close succumb to it. 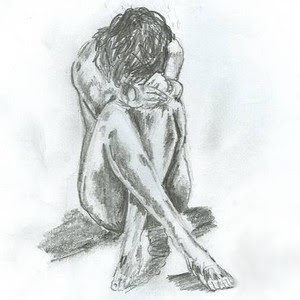 I can’t say that I completely understand it. But it does seem clear with my friend, a few quirks became a full-on breakdown, just like a run in a pair of stockings can become a gaping hole.

In her case, it seemed to be about self-esteem. Although you’d never know it from her exterior.

And it’s hard to know if the breach in mental health originally happened because of her mind set, and was made worse with time and events or if the breach was always there and mind set was the result.

I don’t know what can be learned from this. It’s just that the post card resonated for me.

Today, in my gratitude journal, I wrote that I am grateful for the years of fun we had together. Great fun.

I’m sorry to see what’s become of her and pray that her universe rights itself one day.