You can’t win if you don’t play 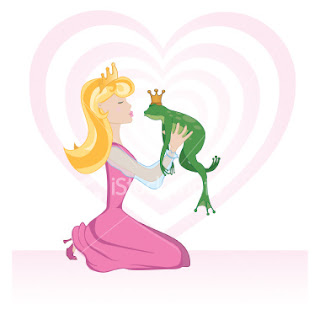 Another spectacular west-central Florida coast day. Blue sky, a little haze. Breeze. Gorgeous. I spent some time sitting outside at a Starbucks with a college chum, one of two with whom I reconnected last year.

J. is closing off a 30-year career as an ad man for a big agency. After running operations and clients nationally and internationally, he’s now running one of his company’s acquisitions half time in another state, and living in both New Smyrna Beach and Bellaire in Florida.

J was complaining about his staff’s inability to handle a client problem, forcing him to fly back to work on Tuesday at the crack of dawn so to make a 9am meeting.

“The problem with this staff of 20-year professionals is that they have longevity but they haven’t played in the major leagues — they think the challenges of the farm team are a big deal,” he said.

Yes. I have had the same experience in my firm.

J. never married, and now, in his mid-50s, he feels he’s lost the art of compromise, along with any interest in marriage. That led us to discuss the art of being single.

Not everyone enjoys going out into the used car market and kicking tires, checking things out to see what’s there. Most people we know date a couple of people, and when things don’t work out immediately, they get discouraged.

J. commented that he thought that our consulting skill set made us different. I agree and have always said that consultants make great dates–and why not? We date for a living.

“Yes,” he agreed. “You know how to carry a conversation. You’d be surprised at the women out there who can’t do that. Who don’t know what observational humor is. Plus, in relationships you have a sense of adventure and romance. A lot of women go into it looking for the fatal flaw. You’re willing to explore what might be there beyond the little flaws.”

Uh..yeah…and maybe to a fault.

But I did enjoy being single in midlife. All sorts of interesting things happened and I dined out on those stories for months.

The thing is, you just can’t be floored by any of it. You have to see the humor in it and then move on.

For example. I had a first date with an attractive, retired CEO in Sarasota. He was definitely one beat off. Over drinks, and then dinner, he explained his philosophy of dating. He said that sex was a dealbreaker. That if a woman was not sexually compatible with him, he couldn’t date her. So he always had sex first, then he would decide if they should date. Therefore, why didn’t I come to dinner at his house the following weekend for a tryout?

I explained that in my world, that was ass-backwards. That I didn’t know him, and was not going to come spend a night having sex with a stranger.

He argued his point. I stood firm on mine. I even asked him how he’d feel if a man offered his grown daughter that kind of a date. Didn’t seem to faze him. So it was clear we would not be dating.

After dinner he walked me to my car. He decided to give it one last try. As I was opening my door, he unzipped his fly and displayed his manhood.

“What do you think of that?” he asked.
I looked at it, and then at him.
“I’ve been married to bigger,” I said, and drove off.

So I had two choices. I could be tremendously disappointed that this date was such a bust. OR I could laugh incredulously and spend the next few days telling the story to all my girlfriends. Guess which I did?

and yes, that retort felt great– what an ass! I knew this wasn’t in the least about me. It was about him.

So to my single girlfriends who are easily discouraged: Yes, the world is full of assholes like this guy, and you will probably meet your share. And I am thinking now of a recent story one of you told me about a man and the covers on his bed (you know who you are). That was a GREAT story! But at the same time, you have to remember that it’s all about him (them) and not about you at all.

The adage about having to kiss a lot of frogs before the Prince appears is true. You don’t have to kiss them (or engage in tryout sex), but if you don’t engage at all, you’ll never know if the Prince is inside. And you’ll never meet him.

It’s not that usual to meet the man of your dreams right away. It’s a numbers game. So why not enjoy it? Most men have something interesting to say, and if they don’t, they have something ridiculous to say that you can use later.

Look for the good and then balance it against the flaws. Laugh–joyfully, ruefully, incredulously or whatever seems to fit. And, if necessary, move on to the next.

If you’re lucky enough to get to that pot at the end of the rainbow, I’ll be the first to celebrate with you. He won’t be the first man you date and might not even be in the first 10. So dig in and get ready for some fun. Determine that you’re going to have a GREAT time. Be curious. Let the chips fall where they may. You might just be surprised.

As for me? Well, I might just be one of the lucky ones…and if I am, I plan to ride that rainbow all the way to the happy ending.