Nights in Time Square are crazy and last night was no exception.

I was startled –and then comforted– to see an NYPD skywatch tower, from which cops were keeping an eye on the very dense crowd below them. That, and the security cameras I saw everywhere seem like a gargantuan effort to keep the city safe.

Even in the elbow-to-elbow crowd, mounted police were in evidence.These mounted cops had just finished giving someone a ticket. Possibly that Fed Ex truck on the right. 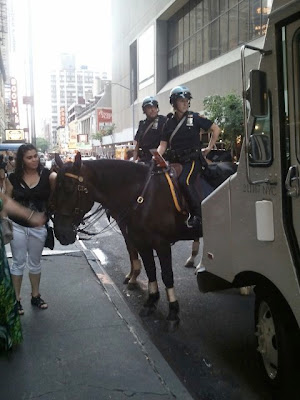 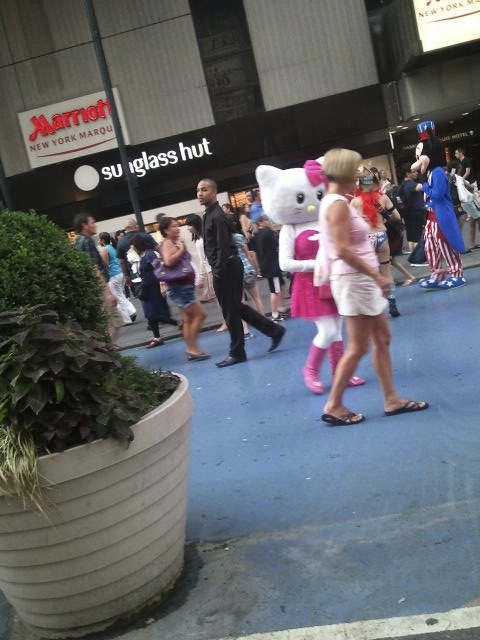 But the very best sight was Naked Cowboy. He’s hard to see, but if you look just above the rickshaw’s front wheel, below, you’ll see a cowboy-hat-clad man wearing only a large white diaper emblazoned Naked Cowboy across the derriere. And nothing else. 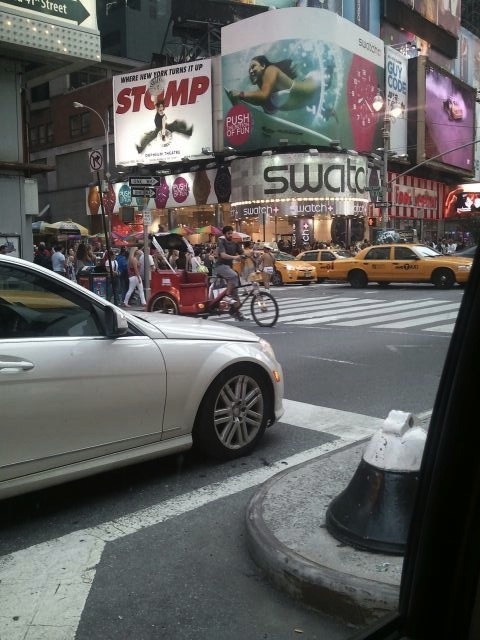